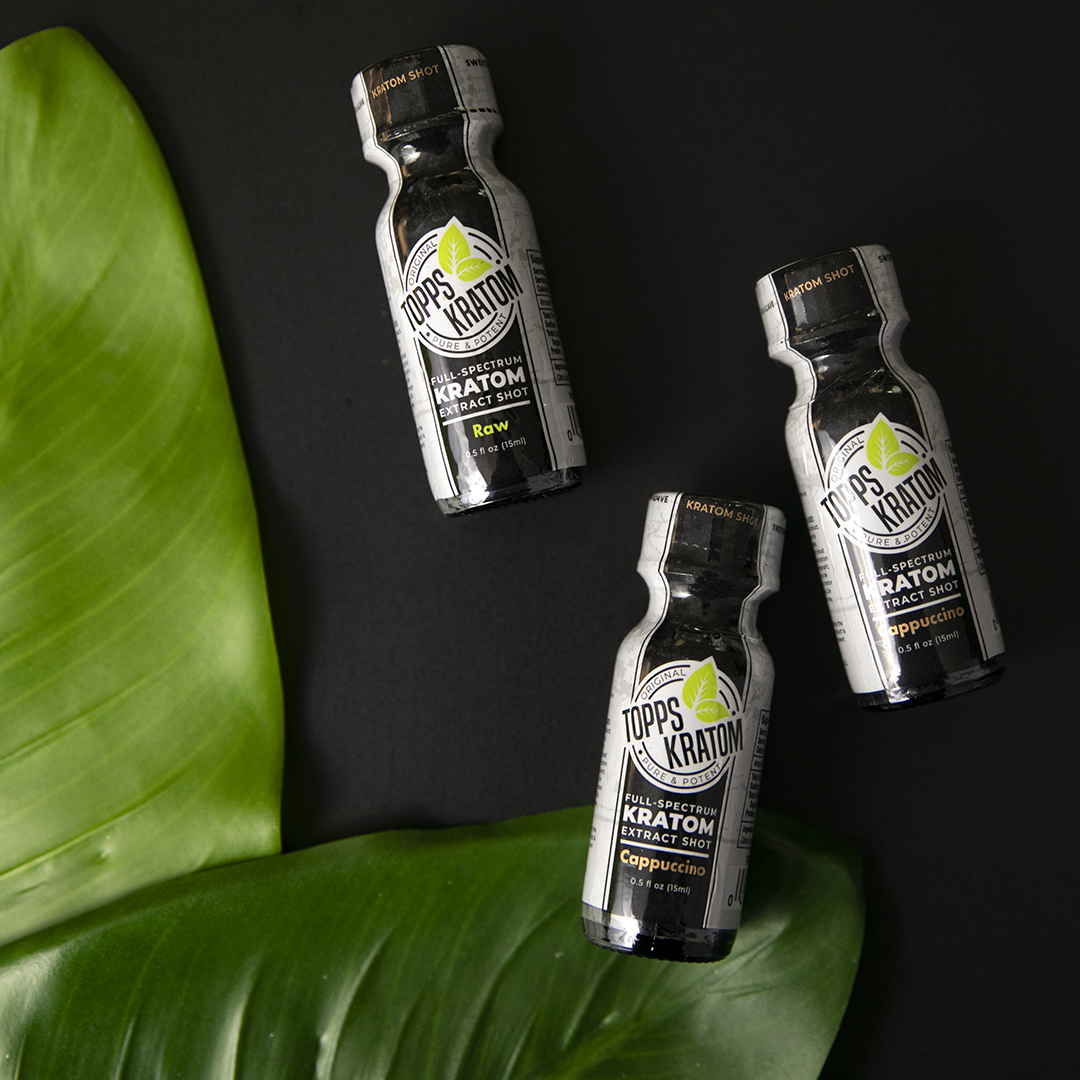 Kratom is a plant found in tropical areas in Southeast Asia that has mind-altering effects. And, because Kratom is a legal and natural herb, it’s become a great way for many people to relax and unwind after a long day.

When people take Kratom, whether as Kratom shots, a liquid, capsule, or powder, it directly affects the brain. Its effects are similar to those of opioids and stimulants.

That’s because it contains 7-A-Hydroxymitragynine and Mitragynine, both of which react with opioid receptors to produce decreased pain, sedation, and pleasure. Other receptors are also affected, which is what causes the stimulating effects of the plant.

Whether you’re looking to enjoy the stimulating or sedating effects of Kratom, there are two main ways you can take this plant: in Kratom shots or a fine powder. Let’s take a look at the differences between these two forms of Kratom. 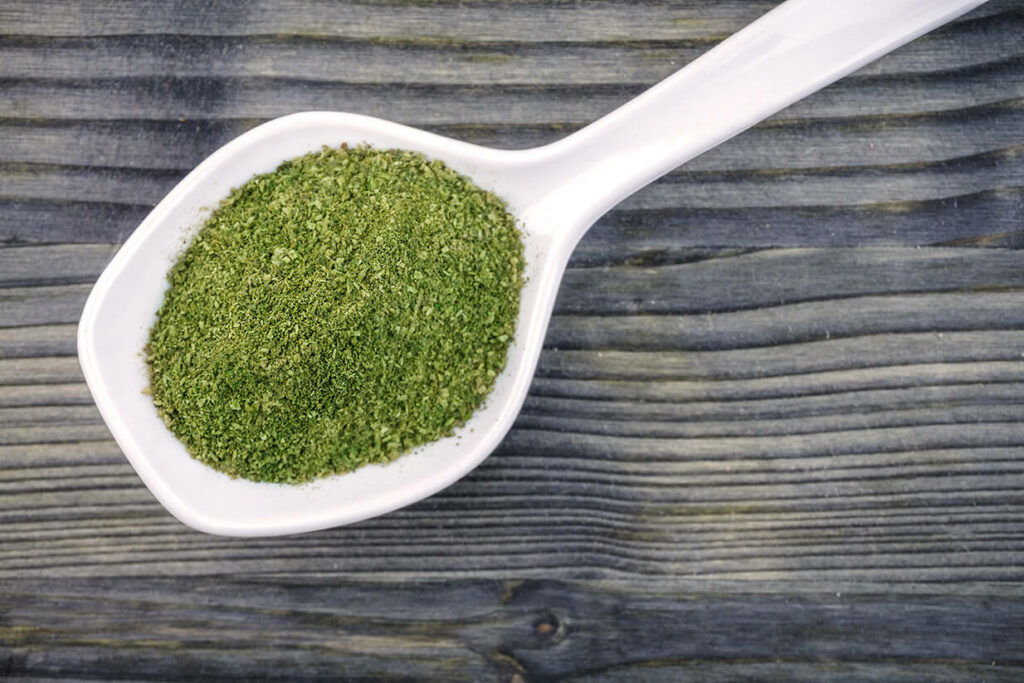 What to Expect from Kratom Powder Extract

Kratom powder can either come as loose powder in a canister or small, powder-filled capsules. Both ways of taking the powder are convenient ways of ingesting Kratom.

Powdered Kratom is one of the more mainstream forms of Kratom on the market. It was the first form of Kratom that got recognized and marketed around the world.

However, in recent years, Kratom has evolved well past simply powdered forms. While it does continue to be the leading product in the Kratom industry, it isn’t the only form available on the market now.

How to Make Kratom Powder:

Making powdered Kratom is a pretty straightforward and simple manner. Originally, Kratom powder was developed to mimic the way that traditional people in South Asia used it by chewing the leaves of the tree.

However, to make modern Kratom powder, the leaves of the kratom tree are dried. From there, the leaves are ground down to form a fine powder which users can then ingest.

Some people choose to ingest the Kratom powder by mixing it into a tea, while others prefer to take it in capsules. Either method of ingestion gives the same effects, however, producing sedation, pleasure, and relaxation.

Pros and Cons of Powdered Kratom:

Each of these benefits can make it a great choice for anyone looking to get into Kratom. However, it comes with a few disadvantages, too, such as:

Understanding these benefits and disadvantages can help you choose whether Kratom powder is the right choice for you.

What to Expect from Liquid Kratom Shots

A kratom liquid shot is made out of kratom liquid extract combined with energy drinks. That way, kratom users get an extra boost of energy while still enjoying their favorite natural herb.

Typically, these shots are found in small doses in natural health stores, convenience stores, or smoke shots. They often combine flavors with the rich, natural taste of Kratom itself.

How Kratom Shots Are Made:

Kratom shots, while still made from the leaves of the Kratom tree, are made a little bit differently than Kratom powder. In fact, Kratom extract can actually be made from the powder form of Kratom.

To make Kratom extract, which is then turned into Kratom shots, the two main alkaloids in Kratom are extracted from the leaves or the powder. These two alkaloids are the main psychoactive ingredients in Kratom: 7-A-Hydroxymitragynine and Mitragynine.

To extract these alkaloids, all you need to do is to boil either Kratom powder or the raw Kratom leaves. Then, you’ll strain the liquid to remove any large solids from it.

The rest of the liquid is then simmered down until all the water has evaporated and it has turned into a paste. The paste gets ground into a powder which is then mixed with water and natural flavors to create a liquid shot.

Pros and Cons of Kratom Shots:

Using Kratom shots provides several major advantages and disadvantages. A few of the benefits of choosing to take Kratom as a shot instead of in its powdered form include:

Each of these benefits makes it a great choice for Kratom enthusiasts wanting to try taking Kratom in a new way. However, it does have a few disadvantages as well, such as:

Despite its few disadvantages, Kratom shots can be a great way to take your favorite natural herb. 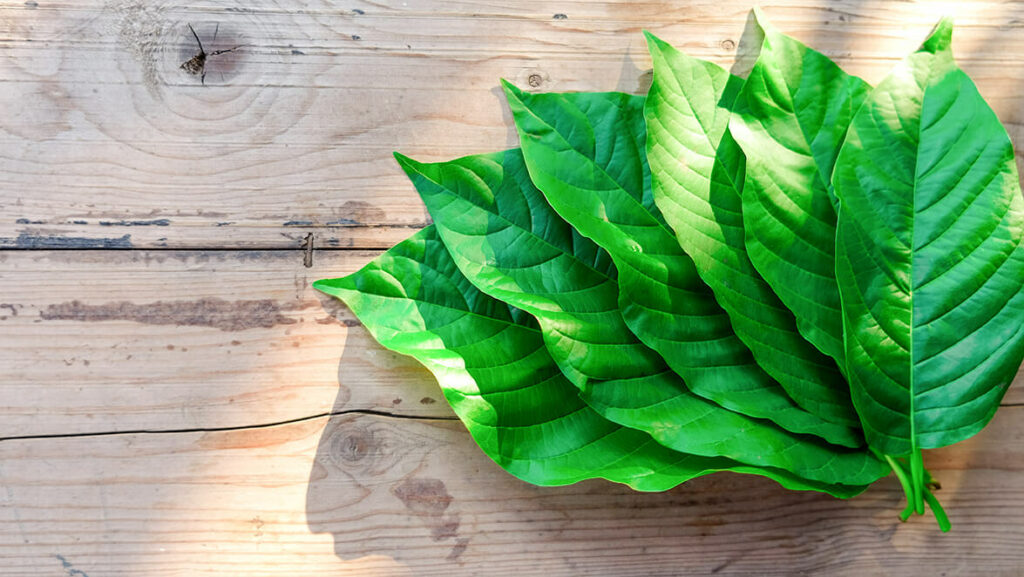 The Lowdown on Kratom Shots vs. Kratom Powder

So, now that we’ve looked at both Kratom shots and Kratom powder in detail, it’s up to you to choose the best form for you.

Are you a Kratom newbie or have you been enjoying Kratom for years? Do you prefer the sedating effects of Kratom or would you rather enjoy more of a stimulating effect?

Knowing the answers to these questions can help you choose whether a Kratom shot or a Kratom powder might be best for you. And, whichever one you choose, Topps Kratom has high-quality products for you!