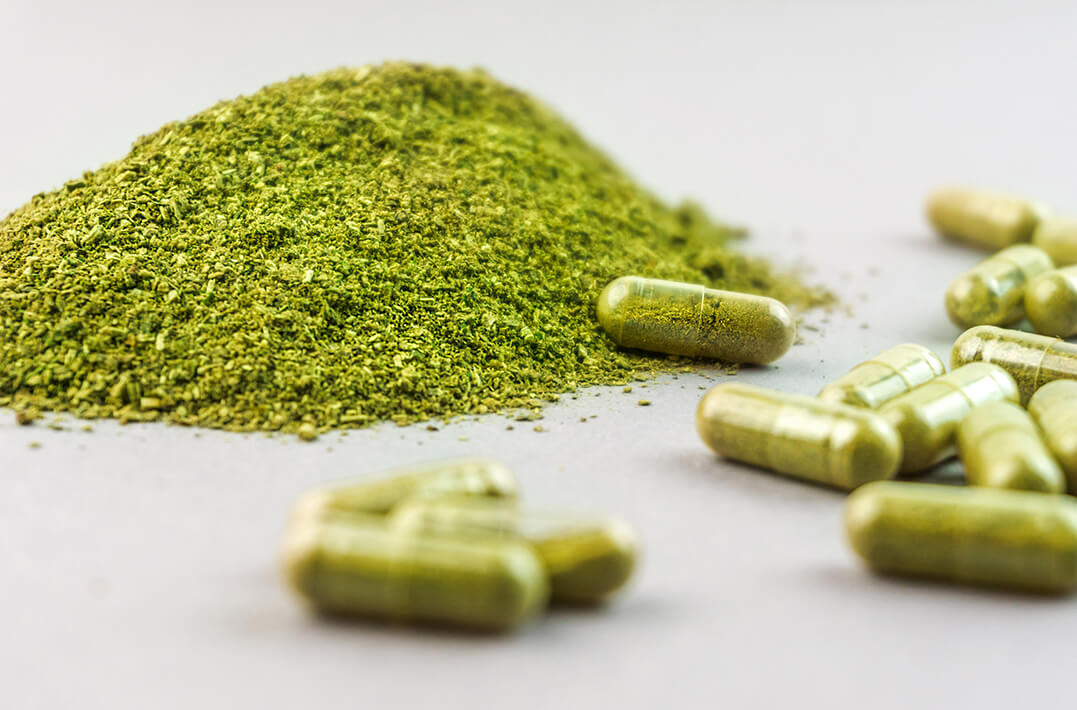 Kratom, Mitragyna speciosa, is a natural, organic product that has been used for centuries in Southeast Asian countries such as Malaysia and Thailand. It is derived from the leaves of the Kratom tree, which contain psychoactive substances and carry medicinal properties. Originally, the leaves of the Kratom tree were frequently harvested and chewed or brewed into a tea by manual laborers who needed to boost their productivity levels. This is because Kratom, which is likened to coffee, often acts as a stimulant.

As the potential benefits of Kratom became better known, more individuals began experimenting with it. Among the most touted effects produced by Kratom was its ability to act as an analgesic for pain relief and serve as an alternative to opioid withdrawal treatment. Some cultures even implemented it into their religious ceremonies.

Eventually, word spread from beyond the handful of island nations and Kratom suddenly became an internationally-known phenomenon. Since its introduction to the western world, there has been an explosive growth of Kratom consumers in the United States. The world has been changing rapidly in the past few decades. The demands of work, school, or even just personal life can take over our lives to a point where we forget what it is that makes us happy. Nowadays people are more open-minded about experimenting with new alternative medications that can help them manage their pain or improve their mood if they struggle with depression or anxiety issues.

When it comes to supplying Kratom consumers in the United States, Indonesia accounts for the vast majority of supplement imports. Based on this, the American Kratom Association was able to survey commercial Kratom exporters in Indonesia and gather the key data highlighted in the table below.

Kratom Raw Material Exports from Indonesia to the United States

Based on the number of metric tons exported each year, from 2016 through 2020, the American Kratom Association was able to use those values to estimate the number of Kratom consumers in the United States. From 2016 to 2020, the number of estimated consumers more than doubled, indicating a spike in Kratom demand. It’s important to note that this data excludes any farmers who directly sell Kratom to individuals in the U.S. If they were factored in, the estimated 12.9 million Kratom consumers would likely increase to an estimated 15 million as these direct sales account for about 16% of the Kratom marketplace.

How exactly are consumers taking their Kratom?

The answer lies in their individual needs and their preferences. While some will use Kratom for recreational purposes, others will use it to help with anxiety, sleep disorders, and other ailments. Some of the most popular product forms of Kratom include powder extracts, tinctures, gummies, and capsules. Many individuals also enjoy using Kratom leaves or powder to brew potent, flavorful teas and coffees. While all of these methods are effective, chewing the leaves of Kratom or directly consuming Kratom — whether it’s a powder or a tincture — tends to affect that body more quickly. When it comes down to it, there is no “right” way or wrong way to take your Kratom, but there are definitely a few ways that work faster than others.

In the survey, the AKA also took into account a rough estimate of how much Kratom is used per month. It was suggested that, on average, a user will consume 12 grams per day (of both powder-based and extract products), which adds up to approximately 360 grams per month.

So how does this translate into sales?

In a survey of Kratom manufacturers and distributors, the Kratom sector was reported to account for:

Again, this survey didn’t include any direct sales to vendors and individual consumers. For a full breakdown of monetary data, the following table, which can also be found in the survey, indicates the direct, indirect, and induced contributions*

Both of these compounds are associated with the psychoactive nature of Kratom and affect the brain’s mu-opioid receptor in a similar way to morphine. The U.S. Food and Drug Administration (FDA) has claimed that this is cause for concern as Kratom could be addictive in nature, and therefore is considering adding it to the list of Schedule I drugs. This would ultimately ban Kratom, which is why the American Kratom Association has been proactive in advocating for the legality and fair regulation of Kratom. Their efforts include educating the public about the potential benefits of Kratom, explaining how to safely consume Kratom by purchasing only trusted, unadulterated products, and amplifying the stories of those who have made claims of its benefits.

While more research is still needed to better understand what the leaves of the tropical evergreen Kratom tree can do, it already has made a name for itself among Kratom consumers in the United States. Despite the FDA’s efforts to ban the use of Kratom, organizations like the American Kratom Association advocate to keep Kratom legal at the federal level, more individuals with a variety of ailments and needs are finding reasons to choose Kratom.

For more information on the survey conducted by the American Kratom Association and their findings regarding the population of Kratom users in the United States, visit: https://www.americankratom.org/images/Kratom_Consumer_Population_and_Economic_Impact_2020.pdf