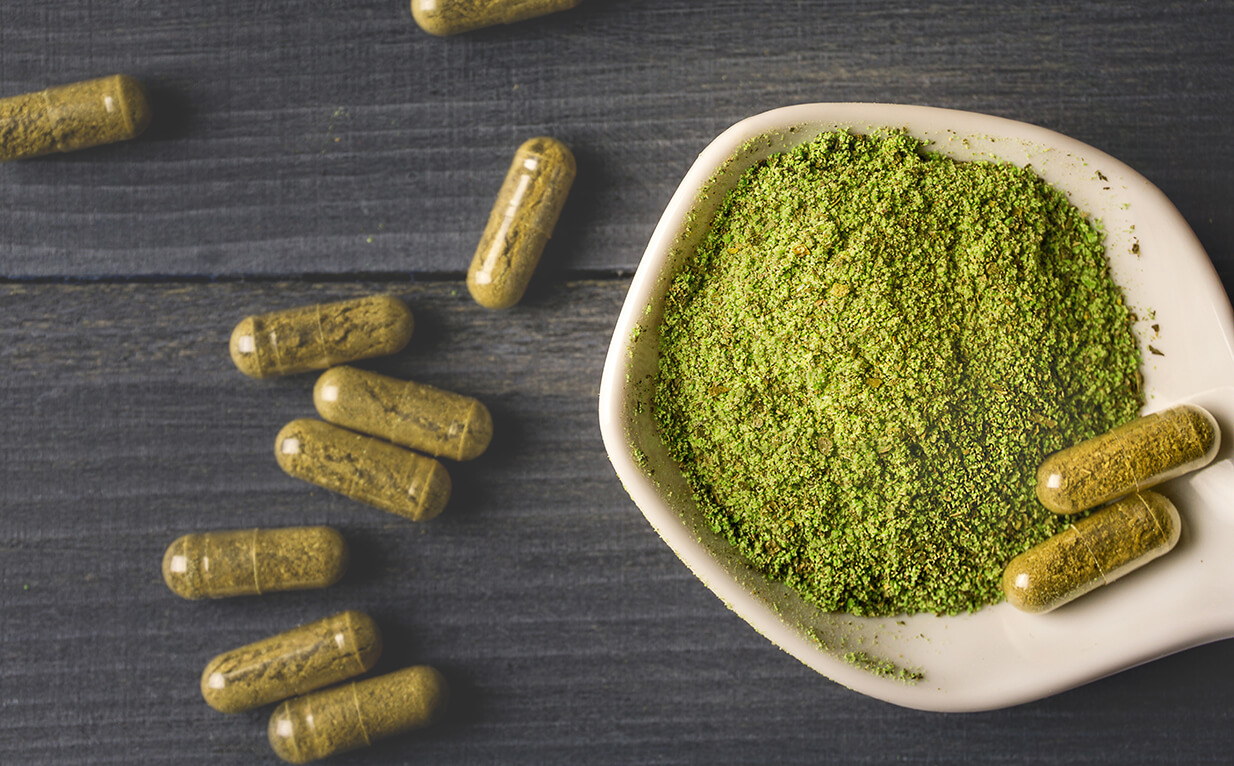 If you’ve been searching for an alternative solution to antidepressants, anxiolytics, and antipsychotics, you might want to consider Kratom for anxiety and depression. When we think about Kratom for mental illness – it can be overwhelming.  This summary includes information on a clinical study on Kratom For Anxiety and Depression. Mitragyna speciosa, better known as Kratom, is a plant native to Southeast Asia that has been used for centuries in traditional medicine. Originally, the leaves were chewed by local farmers who needed to increase their productivity during the workday. Today, Kratom can be consumed through gummies, capsules, oils, powders, and more. You can also brew the leaves into a tea for a potent beverage. Before we talk specifically about Kratom and mental illness, let’s go over common mental illnesses in the USA and medicines used to treat mental illness.

1 in 5 adults suffer from mental illness in the USA

Mental illnesses are medical conditions that cause changes in thinking, emotion, or behavior. In the United States alone, approximately one in five adults live with a mental illness, which totaled to approximately 51.5 million in 2019. Mental illnesses can range in severity and impact your ability to relate to others and function each day. There are two broad categories used to describe mental illnesses. Any Mental Illness (AMI) includes all recognized mental illnesses and Serious Mental Illness (SMI) is a more specific, severe group of mental illnesses. The causes for mental illness are usually linked to brain activity and can be associated with various factors including genetics, environment, or trauma, such as child abuse or bullying.
Among the most common types of mental illness is depression. Depression is not a simple state of being sad or unhappy. It’s an overwhelming feeling that can debilitate anyone it affects. Those who are depressed have lower levels of serotonin, which makes them feel sad and lethargic most of the time. Depression can manifest itself in many different ways depending on the person. When someone feels depressed, they may experience physical symptoms like fatigue and sleeplessness. It could also be characterized by an avoidance of social activities, isolation from loved ones, or unhealthy habits like excess eating or drinking alcohol, which they use to try to manage their depression-related feelings.
As a solution to depression and other mental illnesses, many doctors and psychiatrists will typically prescribe antidepressants to those suffering from depression or anxiety. The most commonly prescribed antidepressants include SSRIs (selective serotonin reuptake inhibitor), SNRIs (serotonin-norepinephrine reuptake inhibitors), MAOIs (monoamine oxidase inhibitors), and tricyclic antidepressants. Here’s a breakdown of each category:

Treatment for Anxiety: Kratom or medication?

SSRIs are a type of anxiety medication commonly used to treat depression and other mental illnesses. They work by blocking the reabsorption of serotonin — an important chemical in the brain that helps maintain feelings of happiness and well-being — into neurons so that messages between the neurons can be better transmitted. SSRIs can also treat panic disorders, post-traumatic stress disorder (PTSD), obsessive-compulsive disorders (OCDs), and phobias.

SNRIs also increase the levels of Seratonin in the brain but differ from SSRIs in that they block the reuptake of both serotonin and norepinephrine. By doing this, SNRIs increase norepinephrine levels, which are commonly used in the fight or flight response associated with stressful situations.

How to treat depression the clinical way

MAOIs were actually the first type of antidepressant developed, and can also be used for panic disorder and social phobia. Unlike other antidepressants, MAOIs work by completely inhibiting the monoamine oxidase enzyme (MAO) from removing neurotransmitters like serotonin, dopamine, norepinephrine, and epinephrine from the brain.

Antidepressant medication can have negative side effects

Tricyclic antidepressants like doxepin, nortriptyline, and amitriptyline were discovered in the early 1950s and are used to treat depression, bipolar disorder, and other ailments.  Although tricyclics have the same mechanism of action for treating depression as other classes of antidepressants like SSRIs, SNRIs, and MAOIs, they’re often prescribed after those other drugs haven’t worked due to their side effects. Tricyclic drugs work by blocking the reuptake of serotonin and norepinephrine in your brain. This increases levels of these neurotransmitters, which help reduce depressive symptoms and anxiety.

While these medications offer relief for many people who suffer from mood disorders, they come with serious side effects that can be debilitating in their own right. Such side effects may present themselves as:

Kratom is commonly used for recreational or medical purposes and can act as a mild stimulant, sedative, and painkiller. Such effects can be attributed to the 20+ alkaloids it contains. Mitragynine and 7-hydroxymitragynine (7-HMG), specifically, are the two most active compounds in Kratom and responsible for Kratom’s opioid-like activity. Because of this unique ability, Kratom has been touted by those suffering from chronic pain or substance abuse withdrawals. Although Kratom is not addictive in the same way that opioids are, those taking Kratom need to know that it should always be used with the proper dosages.

One study claims that while Kratom mostly has an affinity for mu-opioid receptors,

“one of its active components has effects on the same receptors to which some antipsychotics bind, such as D2 dopamine, serotonin (5-HT2C and 5-HT7), and alpha-2 adrenergic receptors displaying possible indications of Kratom to be used as both antipsychotics and antidepressants.”

Essentially, this means that Kratom might be able to influence the same parts of the brain as the classes of antidepressants and successfully aid in alleviating the effects of certain mental disorders.

Although this claim is promising, much research still needs to be done to support Kratom’s effectiveness in aiding with various mental illnesses.

In support of this, there are already many online surveys by individual Kratom consumers who have noted its effectiveness in relieving symptoms of depression and anxiety. Some users have even expressed they experienced relief due to its opioid-like effects or even because it can produce mild euphoria after ingestion.

Ultimately, antidepressant drugs like Prozac or Zoloft can help you manage anxiety and depression, but their negative side effects make it worth considering an alternative option like Kratom. While the idea of using Kratom instead of antidepressants, anxiolytics, and antipsychotics might seem a bit far-fetched, there are personal experiences and ongoing research helping to suggest it as a possibility.

We will continue monitoring future studies and developments in this area, and reporting as more information becomes readily available.